Odd One Out and Endings (ABC Open 500 words)

The last two topics of ABC Open 500 words were ‘Odd one out’ and ‘Endings’. My first piece describes my student exchange to Japan and what it’s like to be a 6-foot blonde in a country like Japan, and the second talks about a recent visit to the hairdressers where I thought I was being cool in front of the young apprentice.

Here are the links: 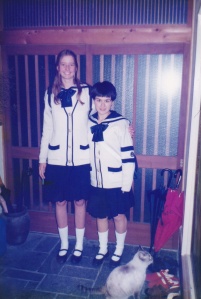