Below you will find links to online pages relating to the 2014 Newcastle Herald Short Story Competition.

This year’s Herald Short Story Comp published its first shortlisted story on Boxing Day (26th December 2014). I was thrilled to hear that my story ‘Yellow wool‘ has been shortlisted and will be printed in the newspaper (on Saturday 10th January 2015).

In last year’s competition, my story ‘The deepest of blues‘ came second. First place was awarded to Tina Sorenson for her piece called ‘In‘ and third place went to Alexandra Talbot’s ‘A green Volkswagen‘.

The 2013 stories covered various topics and were from a range of authors, but the one thing they all had in common was they had that local feel about them. I was swimming alongside the characters in the ocean baths, I was walking with them along the Fernleigh Track, I was sharing the view at the lookout at Merewether… as a reader I brought with me my own feelings and memories of these familiar places, and was delighted when the short stories added surprising layers and twists.

Overall, last year’s competition was an exciting and inspiring exercise, and I look forward to seeing what this year brings.

This year’s competition was announced in November 2014 and gave authors a couple of weeks to get their 1000 word stories together. Like last year, a number of photo prompts were provided and the authors had to link their story to one of the photographs – the photographs can be viewed here.

The photograph of the young girl with the cupcake took my interest, and on Saturday 10th January you will be able to read my shortlisted story ‘Yellow wool‘ when it’s published in the Herald.

Some of the shortlisted stories will published online, and I will provide the links here. Stories were published Monday to Saturday only (no stories on Sundays).

Good luck to all of this year’s entrants!

Jessie Ansons started the ‘100 book challenge’ in July 2014, where she intends to read (and review) 100 classic books. To see where she is up to and read her reviews, click here. 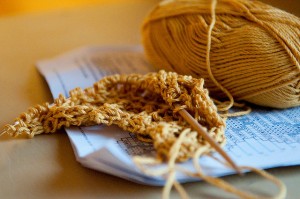